ABOUT NEW YORK What Doctors on the Front Lines Wish They’d Known a Month Ago Ironclad emergency medical practices — about when to use ventilators, for example — have dissolved almost overnight.

Just about a month ago, people stricken with the new coronavirus started to arrive in unending ranks at hospitals in the New York metropolitan area, forming the white-hot center of the pandemic in the United States.

Now, doctors in the region have started sharing on medical grapevines what it has been like to re-engineer, on the fly, their health care systems, their practice of medicine, their personal lives.

Doctors, if you could go back in time, what would you tell yourselves in early March?

“What we thought we knew, we don’t know,” said Dr. Nile Cemalovic, an intensive care physician at Lincoln Medical Center in the Bronx.

Medicine routinely remakes itself, generation by generation. For the disease that drives this pandemic, certain ironclad emergency medical practices have dissolved almost overnight.

The biggest change: Instead of quickly sedating people who had shockingly low levels of oxygen and then putting them on mechanical ventilators, many doctors are now keeping patients conscious, having them roll over in bed, recline in chairs and continue to breathe on their own — with additional oxygen — for as long as possible.

The idea is to get them off their backs and thereby make more lung available. A number of doctors are even trying patients on a special massage mattress designed for pregnant women because it has cutouts that ease the load on the belly and chest.

Other doctors are rejiggering CPAP breathing machines, normally used to help people with sleep apnea, or they have hacked together valves and filters. For some critically ill patients, a ventilator may be the only real hope.

Then there is the space needed inside of buildings and people’s heads. In an instant, soaring atrium lobbies and cafeterias became hospital wards; rarely-used telemedicine technology has suddenly taken off, and doctors are holding virtual bedside conferences with scattered family members; physicians force themselves to peel away psychically and emotionally from fields of battle where the opponent never observes the cease-fire that the rest of society has entered.

More than 12,000 people have died with coronavirus in Connecticut, New Jersey and New York, where there are more than 260,000 confirmed cases. Those numbers almost certainly understate the casualties, officials acknowledge, as testing of both the living and the dead remains spotty.

The New York-area doctors have not uncovered any surefire way to fight Covid-19 — the disease caused by the virus — and not enough time has passed to say if their improvisations will hold up, said Dr. Anand Swaminathan, an assistant clinical professor of emergency medicine at St. Joseph’s University Medical Center in Paterson, N.J.

No one knows if any of the spaghetti will stick to the wall.

“I’m confident that we will have a lot of answers in months,” said Dr. Reuben Strayer, an emergency medicine physician at Maimonides Medical Center in Brooklyn. “Unfortunately, that doesn’t help us right now. You have to start somewhere.”

“Never in my life have I had to ask a patient to get off the telephone because it was time to put in a breathing tube,” said Dr. Richard Levitan, who recently spent 10 days at Bellevue Hospital Center in Manhattan.

Why is this so odd? People who need breathing tubes, which connect to mechanical ventilators that assist or take over respiration, are rarely in any shape to be on the phone because the level of oxygen in their blood has declined precipitously.

If conscious, they are often incoherent and are about to be sedated so they do not gag on the tubes. It is a drastic step.

Yet many Covid-19 patients remain alert, even when their oxygen has sharply fallen, for reasons health care workers can only guess. (Another important signal about how sick the patients are from Covid-19 — the presence of inflammatory markers in the blood — is not available to physicians until laboratory work is done.)

Some patients, by taking oxygen and rolling onto their sides or on their bellies, have quickly returned to normal levels. The tactic is called proning.

Doctors at Montefiore Medical Center in the Bronx and Mount Sinai Medical Center in Manhattan have described it on Twitter; a flier is posted next to beds at Elmhurst Hospital Center in Queens as a guide for patients on how often to turn themselves.

Awake proning – COVID is the first time I have ever used it clinically – but it is regularly used at the extremes of human physiologic oxygenation challenges. Biking over the Alps. Climbing the highest mountains in the world. And every mammal that runs really fast, runs prone. 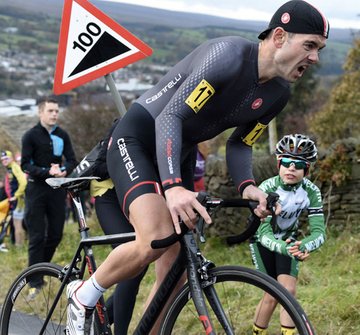 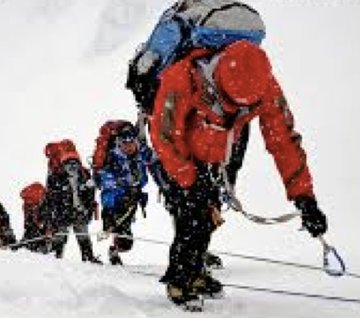 We are proning most non-incubated patients with COVID (all on oxygen by NC or NRB) on the regular internal medicine wards. Watching their O2 sat rise after they turn themselves over is always a happy moment.

20 people are talking about this

At Lincoln Hospital in the Bronx, Dr. Nicholas Caputo followed 50 patients who arrived with low oxygen levels between 69 and 85 percent (95 is normal). After five minutes of proning, they had improved to a mean of 94 percent. Over the next 24 hours, nearly three-quarters were able to avoid intubation; 13 needed ventilators. Proning does not seem to work as well in older patients, a number of doctors said.

No one knows yet if this will be a lasting remedy, Dr. Caputo said, but if he could go back to early March, he would advise himself and others: “Don’t jump to intubation.”

The total number of people who are intubated is now increasing by 21 per day, down from about 300 at the end of March. The need for mechanical ventilators, while still urgent, has been less than the medical community anticipated a month ago.

One reason is that contrary to expectations, a number of doctors at New York hospitals believe intubation is helping fewer people with Covid-19 than other respiratory illnesses and that longer stays on the mechanical ventilators lead to other serious complications. The matter is far from settled.

“Intubated patients with Covid lung disease are doing very poorly, and while this may be the disease and not the mechanical ventilation, most of us believe that intubation is to be avoided until unequivocally required,” Dr. Strayer said.

This shift has lightened the load on nursing staffs and the rest of the hospital. “You put a tube into somebody,” Dr. Levitan said, “and the amount of work required not to kill that person goes up by a factor of 100,” creating a cascade that slows down laboratory results, X-rays and other care.

By committing all the resources of the hospital to highly complex care, mass mechanical ventilation of patients forms a medical Maginot line.

For heavier patients, Dr. Levitan advocates combining breathing support from a CPAP machine or regular oxygen with comfortable positioning on a pregnancy massage mattress. He had one shipped to the hotel where he was staying in New York and brought it to Bellevue.

The first patient to rest on it arrived with oxygen saturation in the 40s, breathing rapidly and with an abnormally fast heartbeat, he said. After the patient was given oxygen through a nasal cannula — clear plastic tubes that fit into the nostrils — Dr. Levitan helped her to lie face down on the massage table. The oxygen level in her blood climbed to the mid-90s, he said, her pulse slowed to under 100 and she was breathing at a more normal pace. “She slept for two hours,” he said.

His brothers are donating more mattresses.

“We have to see how it pans out, but it makes a lot of sense,” Dr. Swaminathan said. “Obesity is clearly a critical risk factor.”

Dr. Josh Farkas, who specializes in pulmonary and critical care medicine at the University of Vermont, said the risks of proning were low. “This is a simple technique which is safe and fairly easy to do,” Dr. Farkas said. “I started doing this some years ago in occasional patients, but never imagined that it would become this widespread and useful.”

This was rebuilding the engine on a car going 100 miles per hour.

“I wouldn’t be surprised if in a couple of weeks someone around the country comes up with better way to do this,” Dr. Swaminathan said.

After shifts filled entirely with the stress of uncertainty, doctors use their own maps to hunt down peace at day’s end.

“I live alone,” said Dr. Strayer. “That turns out to be a huge advantage for me and my own well-being.”

Dr. Swaminathan said he goes through a decontamination ritual before driving home to his wife and children. “We decided moving out was not an option,” he said. They keep him sane. He has Zoom sessions with friends who work outside of medicine. And there were surprises.

“Someone tweeted the English National Ballet musicians, doing a Zoom session playing Tchaikovsky’s ‘Swan Lake,’” he said. “I listened to it. I noticed my whole body relaxed.”

An earlier version of this article imprecisely described the number of new intubations per day. As of Tuesday, the total number was increasing by 21 per day. There were not, in total, 21 new intubations a day.

Jim Dwyer joined The Times in 2001. He was the winner of the 1995 Pulitzer Prize for commentary and a co-recipient of the 1992 Pulitzer for breaking news. He is also the author or co-author of six books. @jimdwyernyt 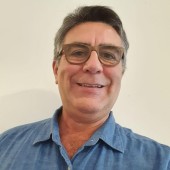